“Red boots” this week has been reflecting on the world of “no hand’s” regulation.  Why; because we’ve been asked to comment on the world of alcohol and drugs.  No, “the boots” has not been “indulging,” in fact we’ve had many a long day and night getting ready for conference week – more on that later.

Back to the world of “no hand’s” regulation. In normal speak, it means that the Regulators sit back in a non prescriptive world and don’t do too much of the old fashioned inspections.  But just watch out if you have a serious accident or fatality.  The investigation becomes intense, the questioning repetitive and expansive, and codes of practice and/or standards (New Zealand, Trans Tasman or International) set the performance benchmark.  So, while the practice appears “no hands” the reality is that the hand can be very heavy and very tight around the ….….well we won’t go there!!!!

Welcome to our brave new world – the first evidence of this is the recently released drug and alcohol policy for adventure aviators. “The boots” supports rules in this area and has made known this view to the Regulators.  However, what we do not support is regulation by stealth and the drugs and alcohol policy released by CAA could be construed as precisely this.

Now the Regulators are going to be out ensuring compliance and enforcement but without rules or in this case some rules – zero tolerance  - how do you ensure you are in compliance and is it zero tolerance for just aviation document holders or just personnel in safety sensitive areas, or everyone?

A number of the larger businesses run a zero tolerance policy for everyone but when you’re an owner operator such a policy is impracticable unless you don’t drink or take any substance which impairs performance.

The old adage of one size doesn’t fit all is so true.  With the world of safety management systems advancing very rapidly, this is also true.  You see from “the boots” perspective the problem with no hands is that when the hands are applied they are applied with little thought to the practical realities of a situation.

This is the key reason why we implemented the AIRCARE programme – it became pretty clear that the environment of the future is “no hands” but accompanied by zero or little tolerance.  So we see in the Fiordland National Park some light handed rules implemented which made little or no sense to anyone.  After a long and hard battle, some say over 15 years, a measure of sense is prevailing – the quid pro quo however, is that the Industry must:

AIRCARE is the quid pro quo and gives operators the ability to build sustainable businesses through removing uncertainty.  In return, agencies such as DoC acknowledge that concessions will only be granted to those who are AIRCARE compliant. This policy takes effect from 1 January 2013.

Here’s what one recent recipient of AIRCARE had to say about the process
It was my responsibility to lead the Over the Top AIRCARE project group. Following last year’s AIA conference (July) we established a working group to complete certification by the then proposed April 2012 DOC deadline. By November we had identified the gap between our CAA operators exposition and what was  necessary to integrate the elements of AIRCARE. The Industry compliance timetable was extended to 2013. Our project was ramped up in mid-May with the intent to be AIRCARE certified by the 1st August ahead of the companies CAA re-entry audit and re-issue of the AOC.
We progressed through the AIRCARE audit on the 20th June with no findings or recommendations and we received our  certificate of accreditation on the 26th July, just ahead of our August 1st deadline.
The AIRCARE process enabled our project team to quickly adopt the principles of SMS (Safety Management System) including proactive risk assessment procedures and a more robust occurrence processing system. It also enabled us to adopt an environmental management system, which was previously silent in our company Quality Management System.
I commend the AIRCARE program to any operator as a means to fill the gaps in current QA management systems and provide a pathway to continually improve internal QA processes. For Over the Top it was not a super huge task to adopt and implement, it just required a methodical gap analysis and the implementation of processes to achieve certification.
AIRCARE will be discussed extensively throughout conference and the independent Auditors from Navigatus will be present throughout to answer your questions about the audit process.  Matters of policy should be directed towards John Sinclair who is the project manager. Navigatus is the provider, not the policy setter.

Read here about what we’ve been saying about conference week click here and there’s plenty more to come.

Roto vegas to Los Vegas our “Black Boeing” project goes live at conference with bookings being available on line from Thursday next week.  Those who have expressed an interest will be advised of the link after we return from conference.

Auckland International Air Show Anniversary Week end 2013 – hear more from the organisers on Thursday at conference.  It’s surprising how long the legacy of the failed Hamilton Air show lingers – the organisers are not in anyway linked – go to Wings over New Zealand for the line up. 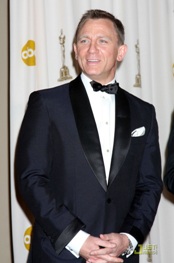 The Thursday night Awards dinner is an open affair and remember to bring some cold hard cash – Richard de Crespigny’ will be launching his new book.  The first print run has already sold out in Australia.  He’ll sign the book, which is prefaced by Sully and Neil Armstrong, and is selling at a significant discount to retail. A brave helicopter pilot wrote to “the boots” saying helicopter pilots do the heroic stuff of A380 captains everyday.  I am still looking skywards for the helicopter carrying 470 pax “she must be a very big whirly bird”.

Thursday/Friday the RNZAF will be present with their two new helicopters – the NH 90 visits Thursday and the A109 LUH on Friday.  We’ve also set up a speed dating activity on the Thursday, for trades and other interested parties to get together with representative of the RNZAF’s procurement arm.  We’re particularly grateful for the support we’ve received from AVM Peter Stockwell, AC Kevin Short and the RNZAF team.

We’ll be seeing more tangible evidence of this engagement as the RNZAF join the Safety Advisory Committee as a standing member.  Much of this vision for increased engagement with the RNZAF came from the late Captain Bryan Wyness.  “Red boots” joined 600 plus others at what was one of the most memorable celebrations of a person’s life; and what a life it was: from racing – it would seem anything, to his passion for aviation safety to Opera. The humor of the man was evident everywhere, including the number plate on the carriage to his last resting place, which said “LEAVN”.

Life members present at conference will be Jim Love, John Jones, John Sinclair and Grant Biel.  Unfortunately, Tom Riddell is in hospital (we’ve sent our best to Anne), and Don Spary has sent his apologies and wished AIA well noting our stellar performance of the last 12 months.  HRH Prince Phillip is busy with the Olympics. Dennis Thompson also tenders his apologies.

No “red boots” next week but we’ll be working hard on your behalf at conference which, we know, will be a “show stopper”.  So, we’ll speak to you again on 17 August, when we’ll tell you more about where we are going and why.

Getting paid in many developing country markets can be a real challenge. The World Bank has just approved consultancy projects in Ghana and Kenya. This takes away the payment uncertainty. Information on Ghana (review and development of civil aviation regulations) is available click here and Kenya (supply, install and commission aviation safety systems) click here Bids close on 16 August and 13 September respectively.


Exclusive EFTPOS offer for members
We'd like to remind you about the exclusive offer we have for members from EFTPOS New Zealand for credit card processing and EFTPOS terminal rental which could save you money. Click here to find out more.
Helping you avoid the big stink click here
A Passion For Flight click here
NZ FOREX click here
Switlik introduces a new helicopter vest click here
GSB Trade Card click here