Home > News & Events > Aviation NZ Weekly Newsletters > 2013 > July > 19 July
Thanks for all of the tweets and messages of concern this morning. “The boots” and team have been shaken but now join the team of those who can say they survived a magnitude 5.7 earthquake.  If felt like the first of the Christchurch biggies but went on a lot longer.  After several stiff brandies we’re all back to work discussing matters of greater moment such as the meaning of the term “severe”; if there was a tsunami, would it really matter that the lifts aren’t working and why do earthquakes occur in Wellington when the wind is not blowing!!!

This week we’ve been doing quite a significant amount of work on our people strategy. Partly prompted by an excellent seminar held by the Wellington Branch of the RAeS on attracting young people into the industry and partly by work we’re doing with serviceIQ. Go to OUR PEOPLE for more information.

We’re also working on building our brand “Aviation New Zealand” and looking at what that means in terms of both a brand development strategy and changes to the look and feel of the organisation. More on this in the weeks ahead as we morph from AIA to Aviation New Zealand.

It’s also exciting to announce we have in place our new Governance Board. Joining the board are Tom Williams from the Wairarapa, who over and above his long and extensive engagement with many aspects of aviation is a “brand development guru” marketing CEVERNA on the global stage.  David O’Reilly, retiring CFO of the Ballance Agri Nutrients Group adds considerable strategy and financial expertise to the mix and David Morgan Chief Flight Operations and Safety Officer Air New Zealand Group brings breadth and depth in operational and safety matters.  Reconfirmed existing Board members are Graeme Martin, John Jones, AMV Peter Stockwell and Teresa Ciprian. NZTE’s  Adam Bennett and Peter Smyth remain exofficio. Your President Dale Webb also attends.

A fortnight ago we spoke of our delight over Errol Burtenshaw’s contribution to aviation safety in this country being recognized as the recipient of the Director of Civil Aviation’s supreme award. For those who don’t know Errol he has a pretty interesting background but it has also led to some pretty interesting “issues” later in life.  This is his story and our plea to support him in the Silent Leadership Challenge 2013 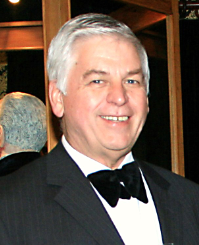 My personal experience is that the constant buzzing in his ears never goes away, and stems from having a great time in the military trying to hit far off targets with a 303 rifle (in 63 there were no earmuffs),  close encounters with aircraft engine noise for 21 years, and just a little ear damage whilst playing rugby and oh!  there is also the fantastic period of being a drummer in a rock band through the 60/70s that probably didn't help either.   I had a great time but the exposure catches up and had I known better I could have taken more preventative actions.

I’ve voluntarily given my time and support to this campaign by chairing the steering committee since last August to set up the challenge, and agreed to partake in the challenge albeit I am not a CEO. I've been canvassing support from my network of friends, family, aviation Industry colleagues, workmates and RNZAF comrades.

My goal is to reach $1,000 and partake in the four challenges. I am on the road to achieving this target however the CEO’s have a target of $2,000 so it would be great to achieve this higher target as an apprentice CEO!

The ACC data for hearing impairment categorises Aviation as one of the high hazard exposed industries.

The Challenge date itself is 2nd of August – see http://www.silentleadershipchallenge.com for the overview

Errol’s personal page is at

– attracting the right stuff, developing the right skills, having the right career pathways, enhancing and improving productivity, building sustainable business achieving our goal of a $16Bn sector by 2016…… a very simple challenge but one that needs focus and commitment from us all.

What’s happening at the moment :
At the moment we’re working on a series of transactional issues. CAR’s 141 and 61 are being overhauled and we’re confident new Rule 147 and overhauls to 66, 43 and 103 consequential on 147 will proceed.

The more challenging issue is to ensure we are training enough pilots. MoE and TEC – the key government advisers believe we are training too many. Industry doesn’t share that confidence and sees a different picture emerging.  However the collaborations across the industry necessary to bring about a policy shift at government level simply haven’t been there and we’ve paid the price. A very wise head this week said – "if you look to high performance sport why’s basketball got the funding and others haven't?"  The answer he suggested was the degree of collaboration within the sporting codes.

Today we are launching a major collaboration requiring input across industry to answer three questions:
What we do know – from CAA data and other reliable sources is :
We’re coming out to you by phone and will be asking you to help us answer the following questions click here. This will form a picture to assist us present to government (MOE and TEC), plus respond to the application to have aeroplane pilots placed on the skills shortages list.

We are writing to update you on progress with the Airspace and Navigation Plan development.
As you know, over the next 10 years there will be significant changes in navigation, communication, information and surveillance technologies that will transform the way we use our airspace and make aviation safer and more efficient. These changes are being adopted worldwide, guided by ICAO’s Global Air Navigation Plan.

In April 2012, Government approved a National Airspace Policy and instructed the CAA to develop an Airspace and Navigation Plan that would set out the steps that New Zealand should implement to transition to the modern approach to airspace management. Since then, a group of eight task groups comprising staff from CAA, Airways and industry have been working together to develop drafts of eight chapters that together will make up the plan.

The CAA recognises the importance of producing a plan which provides sufficient detail for industry participant planning and investment, rather than producing one prematurely so over the coming weeks we will be putting some effort into ensuring that the plan clearly sets out proposals that provide this level of detail. We also intend to commission an economic analysis of the proposals and apply a change management analysis and risk assessment to the proposals.
Deadlines next steps are:
Lisa Sheppard, CAA Principal Policy Advisor has been appointed to project manage the completion and final approval of the Plan, assisted by Catherine de Montalk, a new policy advisor in the CAA Policy team.

Lisa will be in touch with you by the end of July to discuss who in your organisation should be involved in the peer review of the draft Plan in August. This peer review will test the proposals in the draft before it is approved and released for industry-wide consultation.
If you have any questions in the mean-time, Lisa can be contacted on 04 560 9424 or lisa.sheppard@caa.govt.nz

We would also like to take this opportunity to thank all of the members of the task forces all for the work and commitment they have put in to this important project to date.


Over the last two weeks, we’ve described some of our activities in two major areas: building the brand and profile; and growing the size of the industry.  This week, we’ll give you an idea of what we are doing in the Government Relationship area.

GOVERNMENT RELATIONSHIP WORK IN THE GROWTH AREA
Each newsletter contains considerable information on our relationships with government agencies, especially Ministry of Transport and CAA, but we also have a series of relationships which focus on international growth.

The agencies have just completed a visit to the ‘Top of the South’ Aviation cluster.  They have previously visited Hamilton.  Ardmore is on the horizon.  This is giving them all a common understanding of the aviation industry’s growth potential, the companies that are driving this growth and the barriers that need to be addressed to secure growth.

We are also representing a One Industry approach to these agencies, organising collective industry responses for them, identifying priorities, providing international market advice and championing the commercial imperative.

Some examples of the areas we are working on with One Government:
Regulatory frameworks
Addressing regulatory barriers
Ministerial Speeches
Market Priorities
Future work with One Government includes: So, how does this benefit you?
Internationally, we're focusing on the country, government and regulatory relationships that need to be developed and maintained to support more commercial activity. Our relationships with you, and our ability to aggregate New Zealand commercial interests, add credibility.  By all means continue your direct work, but we can bring strength in numbers.

Domestically, it can improve the prospects of companies becoming suppliers to those securing international success, where the exporters take responsibility for regulatory compliance.  Encouraging the One Government group to visit your region gives them better understanding of the knowledge and expertise that exists in New Zealand and how their work, if properly aligned, can help everyone grow

Questions to be answered.  How can more companies contribute to this work?  How can we consolidate interests to provide more compelling cases?  What other regions should be encouraging a visit from ‘One Government’?  How can we improve the consistency and quality of dialogue?

Clearly challenges, but implications for our future work with the new Operational Division, Training and Development Division and Logistics Division, as well as NZHA and NZAAA.  Many of the solutions we’re looking for lie within the expertise of these groups.

How can you benefit from this work?
Next week, we’ll comment on some of the significant international successes being enjoyed by exporters of aviation products and services.


Landcorp managers this week have been active contacting contract holders advising them that they must be AIRCARE™ accredited.  It’s easy for Landcorp managers to access who’s accredited as it’s shown on the AIRCARE™ page on our website. For helicopter operators this requirement is mandatory at years end.

We have also responded to Minister Smith’s invitation to provide a supplementary submission regarding the DoC situation. Presently, the letter is not with the Minister as there are one or two further issues we wish to raise informally before finalising our views. One of those points relates to the CAA’s comments in its statement of intent that "to date adopting an SMS has been voluntary across all New Zealand aviation sectors" whereas there have been strong suggestions to the contrary that CAA’s stance is more a passive observer. If CAA's been sanctioning voluntary compliance there can't be two SMS systems as has been suggested to Minister Smith.


Travel Careers & Training classrooms available AKL Airport (opposite the IBIS – 10 minute walk to Domestic Terminal). Available on a causal or long-term basis. Also available in AKL CBD. Contact Guy Domett on 07 853-0294. John Sinclair says this is the best deal on offer in auckland!!!!

Get a GO FUEL fuel card and get *8 cents per litre discount off pump price   on Petrol and Diesel for your car, truck, tractor, bus or boat. Its easy – No fees, no limits and get as many cards as you wish (*at participating Mobil service stations and truckstops)


GSB Trade Card click here - if you are a member and you haven't got your card let us know. The savings more than offset membership costs.
OTHER AIA members deals